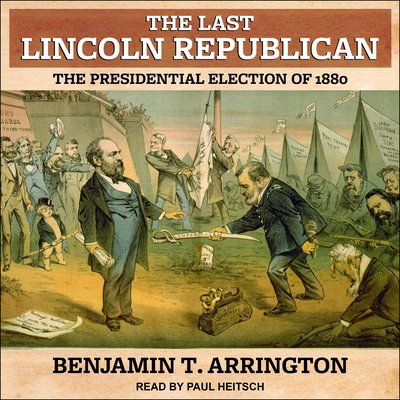 The Presidential Election of 1880

The story of the presidential election of 1880, fully explored for the first time in The Last Lincoln Republican, is a political drama of lasting consequence and dashed possibilities. A fierce opponent of slavery before the war, Garfield had fought for civil rights for African Americans for years in Congress. Holding true to the original values of the Republican Party, Garfield wanted to promote equal opportunity for all; meanwhile, Democrats, led by Winfield Scott Hancock, sought to return the South to white supremacy and an inferior status for African Americans. With its in-depth account of the personalities and issues at play in 1880, Arrington's book provides a unique perspective on how this critical election continues to resonate through our national politics and culture to this day.

A close look at the contest of 1880 reveals that Garfield's victory could have been the start of a period of greater civil rights legislation, a continuation of Lincoln's vision. This was the choice made by the American people-and, as The Last Lincoln Republican makes poignantly clear, the great opportunity forever lost when Garfield was assassinated just a few months into his term.