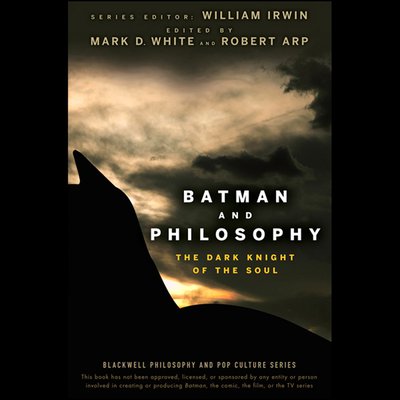 The Dark Knight of the Soul

Being a crime fighting superhero is a tough job and it comes with no shortage of social and moral responsibilities.  Why doesnt Batman just kill the Joker once and for all?  If killing the Joker would mean saving thousands of innocent lives, why is this decision so difficult for Batman?  Weighing the morality between right and wrong is just the tip of the iceberg in this fascinating and penetrating look at Americas favorite caped crusader.  Batman and Philosophy parses the answers to questions about Batmans secret identity, his confrontation with death and angst, the weighty conscience of the Bat, the social order in Gotham City, and the eternal question: What Would Batman Do? Batman has grown from a comic book character into a franchise and merchandise goliath, spinning off live action and animated TV shows, Hollywood blockbusters, videogames, action figures, and an endless array of merchandising. Timed to publish with the release of the new Batman movie in 2008, Batman and Philosophy takes a deeper look at the famous caped crusader, offering entertaining answers to the fascinating ethical questions everyone has always had about the man behind the mask.