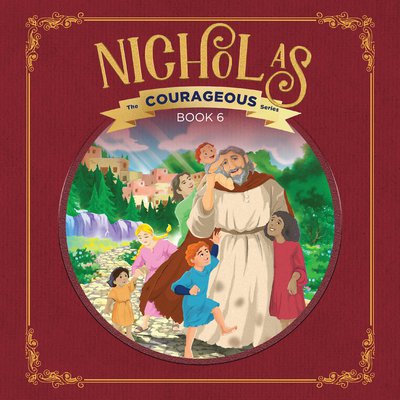 Look behind the legends and tales of Santa Claus to learn the true story of a steadfast, godly man who refused t deny Christ and then suffered for His sake. When Nicholas was a young boy, both of his parents died and he used his inheritance to help others. As a grown man, he became a leader in the church. He was later imprisoned under the Roman emperor Diocletian, who imprisoned church leaders in an effort to stop the spread of the gospel. After Nicholas was released, he faced a new challenge: A wrong teaching had infiltrated the church. Nicholas had to stand for truth, but that, too, came with a price. However, it did not deter him from generously giving to those in need until his death. God’s Courageous Gift-Giver will inspire children to give gifts to others.