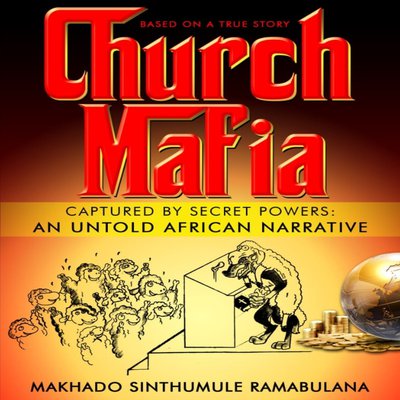 The Church Mafia is a thought-provoking and tell-all book inspired by the life of Makhado Sinthumule Ramabulana, who took a courageous step to reveal how God saved him from secret and occult societies. He explores themes of his life in the ministry, commercialisation of the gospel, lessons learnt from countries he travelled to in an effort to gain powers, and detail of the occult operation.

After years of struggling to accomplish his mission of pastoring a mega church and impacting the world, he became frustrated, strayed from his true calling and fell into the trap of exploring secret powers hidden in the church today. He operated as General Khatha-Khatha within a counterfeit spiritual movement that operates under the banner of prophecy and instant miracles. This movement operates using secret powers to attract huge crowds, charges consultation fees, and promises people miracle money; leaders of this movement also perform false prophecies and staged miracles.

After reading the Church Mafia, you will begin to understand that most operations in churches today are influenced by secret societies. This book will enable you to be enlightened and never to be fooled by any false doctrine practised in the church today. The main aim of the book is to make the Body of Christ at large aware of the secret operation that has captured so many churches today.

It is hoped that after reading this book, your life will be enriched.