Sixteen Steps to Fall in Love 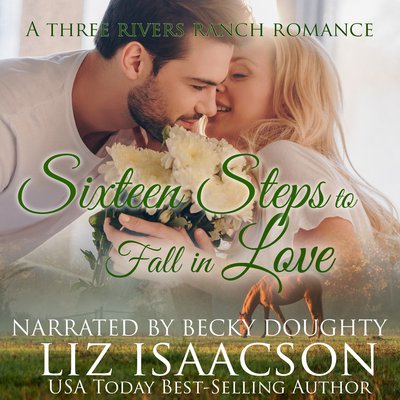 Sixteen Steps to Fall in Love

A cowboy who works sixteen steps from the woman of his dreams...and doesn't even know she's there. Can a chance meeting in a different location open his eyes to a chance at love?

Boone Carver has landed in Three Rivers, Texas, glad to be near extended family and away from the ranch where his misdiagnosis caused the lives of hundreds of cattle. He bought the animal clinic and has been trying to make a life for himself one pet at a time. The office administrator, Nicole Hymas, has never liked him, and he's not sure why. But it doesn't matter. He's only at the animal hospital three days a week and finding more peace as he participates in the equine therapy program at his cousin's ranch.

Nicole's lived her whole life in Three Rivers and spent the last fifteen years working her way from volunteer at Puppy Pawz to the office administrator. Boone doesn't know it, but he stole the clinic from her when she couldn't get the funds together to buy it. He just came waltzing into town with his veterinary license and his loads of cash - and she's never told him nor forgiven him for it. And now she has to work only sixteen steps from him.

A chance encounter at a dog park sheds new light on the tall, talented Boone that Nicole can't ignore. As they get to know each other better and start to dig into each other's past, Nicole is the one who wants to run. This time from her growing admiration and attachment to Boone. From her aging parents. From herself.

But Boone feels the attraction between them too, and he decides he's tired of running and ready to make Three Rivers his permanent home. Can Boone and Nicole use their faith to overcome their differences and find a happily-ever-after together?