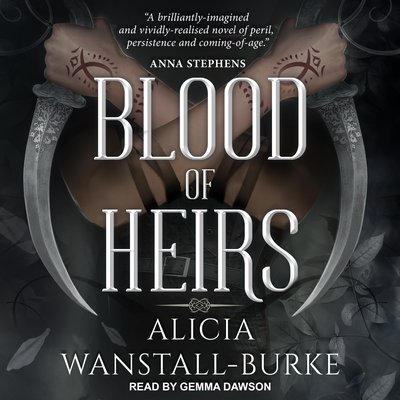 A fierce daughter. A cursed son. Their world torn apart, the future on a knife's edge. How far will they go to reclaim what was lost?

Lidan Tolak is the fiercest of her father's daughters; more than capable of one day leading her clan. But caught between her warring parents, Lidan's world begins to unravel when another of her father's wives falls pregnant. Before she has time to consider the threat of a brother, a bloody swathe is cut through the heart of the clan and Lidan must fight, not only to prove her worth, but simply to survive.

Ranoth Olseta wants nothing more than to be a worthy successor to his father's throne. When his home is threatened by the aggressive Woaden Empire, Ran becomes his city's savior, but powers within him are revealed by the enemy and he is condemned to death. Confused and betrayed, Ran is forced to flee his homeland, vowing to reclaim what he has lost, even if it kills him.

Facing an unknown future, and battling forces both familiar and foreign, can Lidan and Ran overcome the odds threatening to drag them into inescapable darkness?