I Should Have Quit This Morning 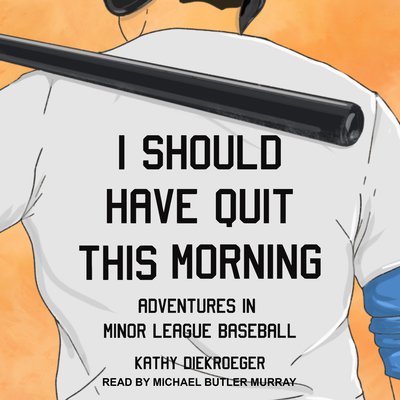 I Should Have Quit This Morning

The road to Major League baseball goes through the minor leagues. Every year there are over 5,500 players trying to work their way to the top of the tiered minor league system. Very few people know what life is really like for these aspiring players-until now. This collection of stories from actual minor league players is a hilarious, heartbreaking and honest account of the struggle to make it to the big leagues. In this book, you will learn:

● How it feels to be the first pick in the MLB draft ("everyone started screaming") and how it feels for a player to not hear his name called at all ("Three days came and went and I didn't get picked.")

● Where players live and how they eat ("I became a pro at cooking in the 'kitchen bathroom' in the hotel.")

● What it's like to get promoted, demoted and traded ("It was the first time I actually cried when someone got moved or traded.")

● What it's like when players get the ultimate call up to the Major Leagues ("It was still during the game and everyone was like, 'Dude, go call your parents or something.")

And so much more!