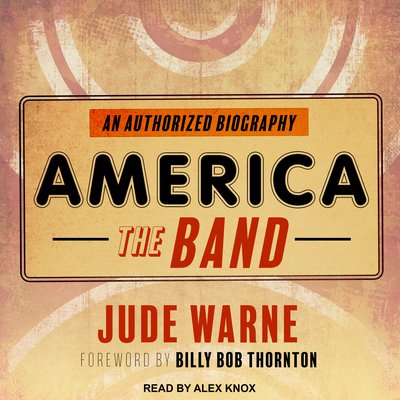 As if recovering from a raucous dream of the 1960s, Gerry Beckley, Dewey Bunnell, and Dan Peek arrived on 1970s American radio with a sound that echoed disenchanted hearts of young people everywhere. The three American boys had named their band after a country they'd watched and dreamt of from their London childhood Air Force base homes. What was this country? This new band? Classic and timeless, America embodied the dreams of a nation desperate to emerge from the desert and finally give their horse a name.

Celebrating the band's fiftieth anniversary, Gerry Beckley and Dewey Bunnell share stories of growing up, growing together, and growing older. Journalist Jude Warne weaves original interviews with Beckley, Bunnell, and many others into a dynamic cultural history of America, the band, and America, the nation.

Reliving hits like "Ventura Highway," "Tin Man," and of course, "A Horse with No Name" from their nineteen studio albums and incomparable live recordings, this book offers listeners a new appreciation of what makes some music unforgettable and timeless. As America's music stays in rhythm with the heartbeats of its millions of fans, new fans feel the draw of a familiar emotion. They've felt it before in their hearts and thanks to America, they can now hear it, share it, and sing along.