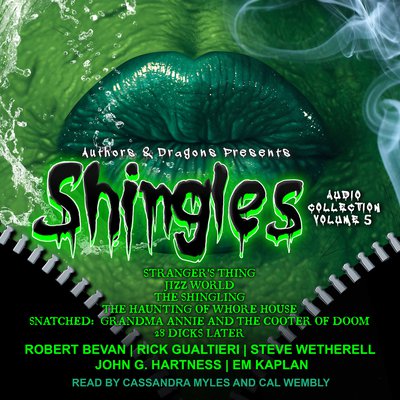 "Stranger's Thing" by Robert Bevan: Four friends get more than they bargained for when they break into a seemingly abandoned research lab.

"The Haunting of Whore House" by Robert Bevan: Lucy and her brother, Junkie, find out that moving was only the beginning of their troubles when they encounter the ghost of a little boy in the woods.

"Snatched: Grandma Annie and the Cooter of Doom" by John G. Hartness: Jefferson Smith decides to shadow a detective, a coroner, and an OB/GYN for Career Week, with unexpected results.

"28 Dicks Later" by EM Kaplan: When a mysterious illness spreads like wildfire through Boneville, it's do or die time for Willie. Will she rise to the occasion?