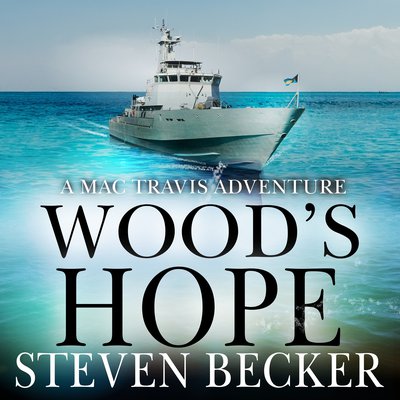 Action and Adventure in the Florida Keys

On New Year's Day 1959, with Castro on the brink of overthrowing the Batista regime, the soon-to-be-deposed dictator looted the Cuban treasury and loaded it into four B26 Marauder bombers headed for Tampa.

The fourth has never been found, and was rumored to contain three billion dollars in gold.

For diver, fisherman, and salvor Mac Travis, things are never as easy as they seem. While attempting to salvage his wrecked boat in the Bahamas, he stumbles onto the lost sixty-year-old plane, now encrusted in coral. But when the wrong person overhears that it may be the missing Marauder, containing billions in gold, history becomes Mac’s enemy. With a fortune at stake, the CIA and the Mob—the big losers in the Cuban Revolution—are tipped off the wreck has been found. With a chance to recover their losses, the fight begins, leaving Mac as a pawn in a larger game—one that could cost him the life of a dear friend.

Filled with boating, diving, and intrigue, the treasure hunt begins. Check out Wood’s Hope to come along on Mac’s new adventure.