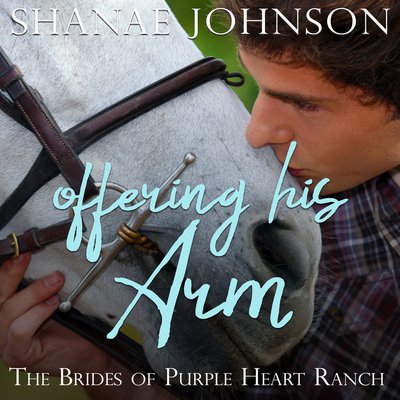 a Sweet Marriage of Convenience series

An ex model struggling to lose the weight. A wounded veteran on a mission to gain her heart. Will they find a balance before time runs out?

Reed Cannon may be a numbers guy but being minus one arm due to enemy fire hasn’t slowed him down. Now he’s faced with a new challenge—find a bride so he can stay on the rehabilitation ranch that has given him and his squad back their lives. With the ranch becoming zoned strictly for families, he’ll have to find a girl, woo her, and marry her in less than two months. Reed turns to a dating app to narrow down the selection of potential brides. The woman who matches him nearly 100% is accessible online, but out of reach in reality.

Sarai Austin has done the impossible, she’s found a great guy online. The problem is now he wants to meet in person, and Sarai's not ready for IRL. Her profile picture was taken three years and thirty pounds ago. To hide her weight issues, she tells Reed she’s out of town on business. All she needs is a couple of months to lose the weight and get back down to model-size. What she doesn’t count on is running into Reed in town.

After meeting in person, Reed knows Sarai is the one. But as the two grow closer, their insecurities get in the way. Reed isn’t sure he’s enough for her. Sarai is certain she’s too much for him. When the lies and doubts come to a head, will their relationship be over before it has a chance to begin.

Find out if love can truly heal all wounds in this light-hearted, sweet romance of convenient arrangements that unfold into lasting love. Offering His Arm is the third in a series of marriage of convenience tales featuring Wounded Warriors who are healed with the power of love.