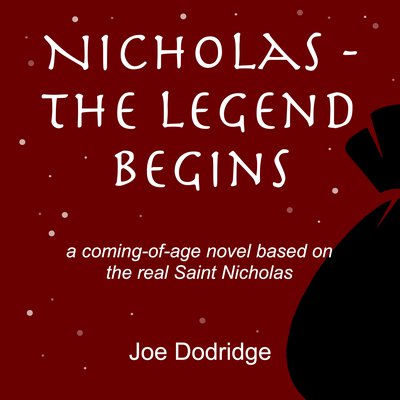 a coming-of-age novel based on the real Saint Nicholas

a Christian novel for the entire family...

﻿Often figuring out who you are is less about where you've been or where you're going, but more about what you go through to get there.

Nicholas is 19 years old and has just lost his parents in a fire. Furthermore, his father's business partner, Alexander, takes away Nicholas's money, business, and house. Nicholas throws away his faith and allows his newfound self-pity to turn away Aemilia, the woman he was never quite clever enough to realize he truly loved.

In the midst of Nicholas's downward spiral, Alexander hatches a plan to sell Aemilia and her two sisters into slavery. Tirelessly pursued by his unfailing friend, Rufus, Nicholas refinds his faith, rescues his true love, and in the process discovers his purpose in life.

Based on the amazing true story of the man our culture created into Santa Claus, this story has elements of action, adventure, romance, and faith. Don't read "Santa Claus" and think reindeer and elves. Instead, this novel is based on the true person and will appeal to both boys and girls, as well as to both adults and children. Set in the late third century, Nicholas - The Legend Begins brings to life the exciting story of the remarkable person who time has made into such a remarkable legend.