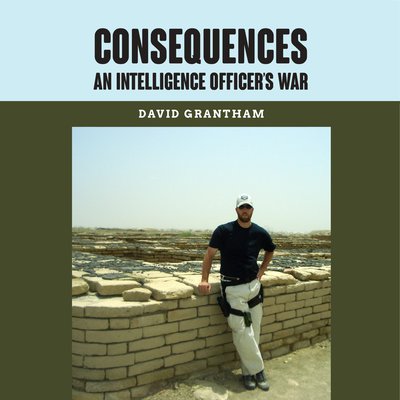 In 2020, ISIS followers are being encouraged to use COVID-19 to sicken Westerners. An ISIS supporter attacked a Naval base in Corpus Christi, Texas. Iran and the United States exchanged blows in Iraq. We are still living in the long shadow of the Iraq War.

In 2006, David Grantham was fresh out of college and serving as a counterintelligence officer with the elite and secretive Air Force Office of Special Investigations. Iraq was veering toward civil war. The U.S. military desperately needed better on-the-ground intelligence to turn the tide. Grantham found himself in Kuwait and Afghanistan, then at Iraq’s infamous American prison, Camp Bucca. Not only was Bucca the breeding ground for the Islamic State, it was in southern Iraq, where America’s deadly fight with Iran was an open secret.

Consequences is both a riveting behind-the-scenes look at intelligence operations at the height of the Iraq war, and a charming and sobering story of one man’s journey through the pleasures and consequences that come with wartime intelligence.