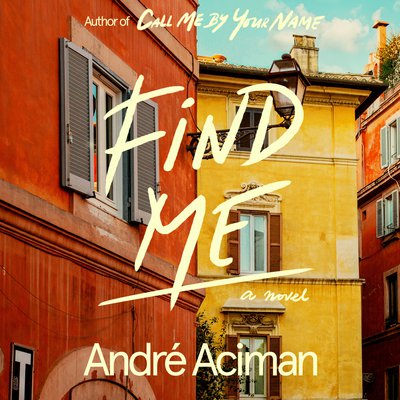 This program is read by Michael Stuhlbarg, the actor who played Professor Samuel Perlman in Luca Guadagnino's critically acclaimed film Call Me by Your Name.

A bonus conversation between Michael Stuhlbarg and André Aciman is included at the end of the program.

In this spellbinding exploration of the varieties of love, the author of the worldwide best seller Call Me by Your Name revisits its complex and beguiling characters decades after their first meeting.

No novel in recent memory has spoken more movingly to contemporary listeners about the nature of love than André Aciman’s haunting Call Me by Your Name. First published in 2007, it was hailed as “a love letter, an invocation...an exceptionally beautiful book” (Stacey D’Erasmo, The New York Times Book Review). Nearly three quarters of a million copies have been sold, and the book became a much-loved, Academy Award-winning film starring Timothée Chalamet as the young Elio and Armie Hammer as Oliver, the graduate student with whom he falls in love.

In Find Me, Aciman shows us Elio’s father, Samuel, on a trip from Florence to Rome to visit Elio, who has become a gifted classical pianist. A chance encounter on the train with a beautiful young woman upends Sami’s plans and changes his life forever.

Elio soon moves to Paris, where he, too, has a consequential affair, while Oliver, now a New England college professor with a family, suddenly finds himself contemplating a return trip across the Atlantic.

Aciman is a master of sensibility, of the intimate details and the emotional nuances that are the substance of passion. Find Me brings us back inside the magic circle of one of our greatest contemporary romances to ask if, in fact, true love ever dies.