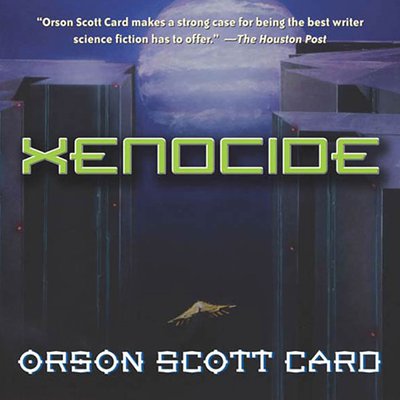 Volume Three of the Ender Quintet

Xenocide is the third installment of the Ender series. On Lusitania, Ender found a world where humans and pequeninos and the Hive Queen could all live together; where three very different intelligent species could find common ground at last. Or so he thought. But Lusitania also harbors the descolada, a virus which kills all humans it infects, but which the pequeninos require in order to transform into adults.

The Starways Congress so fears the effect of the descolada, should it escape from Lusitania, that they have ordered the destruction of the entire planet and all who live there. The Fleet is on its way and a second Xenocide seems inevitable, until the Fleet vanishes.