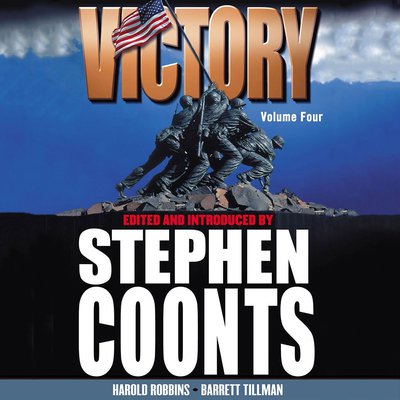 A stirring tribute to the Greatest Generation of Americans, Victory brings together today's best military, espionage, and techno-thriller writers with all-original tales of World War II.

Join these best-selling authors in the five-volume collection filled with short novels of courage, skill, daring, and sacrifice. In gripping stories of war as it really was, here you will meet the men and women who fought and won World War II, and who truly made the world safe for democracy.

Harold Robbins takes us back to a time when victory could be had on the Normandy beaches, when a reluctant hero manages to stop the Master of Europe...with his blood.

Barrett Tillman brings us into a gruesome fight as a Marine Corps flamethrower unit attacks Japanese defenders on Tarawa Atoll in November 1943.