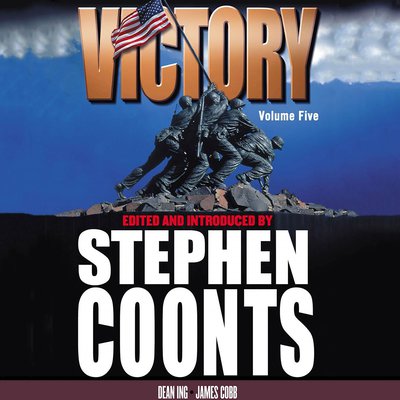 Hangar Rat & Eyes of the Cat

From the New York Times bestselling editor of Combat, Victory: Volume Five includes Hangar Rat by Dean Ing and Eyes of the Cat by James Cobb.

A stirring tribute to the Greatest Generation of Americans, Victory brings together today's best military, espionage, and techno-thriller writers with all-original tales of World War II. Join these best-selling authors in the five-volume collection filled with short novels of courage, skill, daring, and sacrifice. In gripping stories of war as it really was, here you will meet the men and women who fought and won World War II, and who truly made the world safe for democracy.

Dean Ing takes us into the world of espionage as the Army Air Force becomes convinced that a Nazi super weapon can reach New York and Washington. As they rush to develop an interceptor, a plane-crazy young Texan begins to suspect that someone on the team has an agenda all his own...

James Cobb sends a special detail of PBY Catalina flying boats hunting for a hidden enemy radar station that provides the Japanese Navy with an edge in the war for the Pacific.