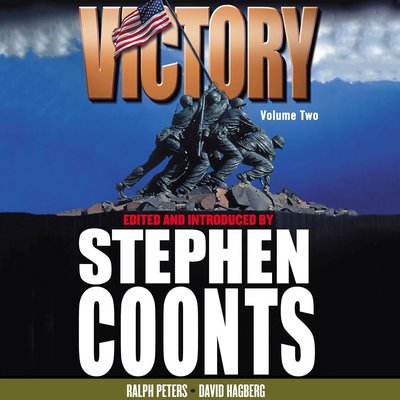 A stirring tribute to the Greatest Generation of Americans, Victory brings together today's best military, espionage, and techno-thriller writers with all-original tales of World War II. Join these best-selling authors in a five-volume collection filled with short novels of courage, skill, daring, and sacrifice. In gripping stories of war as it really was, here you will meet the men and women who fought and won World War II and truly made the world safe for democracy.

David Hagberg's V5 sends the OSS and MI6 behind enemy lines in Germany to stop the one weapon that can win the war for Hitler and Nazi Germany, an electromechanical guidance system that can launch missiles not only across countries but across the ocean and hit the United States.

In Honor, Ralph Peters's follows a German officer in the starving days after World War II as he makes his way on foot back home, where a defeat more terrible than the Allied victory awaits him.