How Firm a Foundation 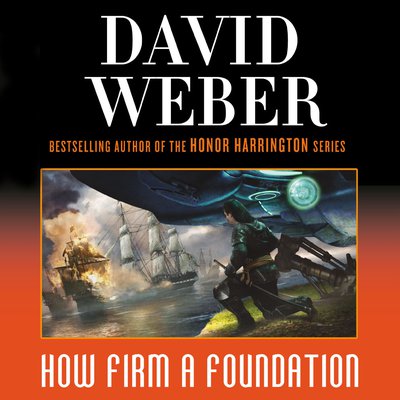 How Firm a Foundation

In David Weber's How Firm a Foundation, the Charisian Empire, born in war, has always known it must fight for its very survival. What most of its subjects don't know even now, however, is how much more it's fighting for. Emperor Cayleb, Empress Sharleyan, Merlin Athrawes, and their innermost circle of most trusted advisers do know. And because they do, they know the penalty if they lose will be far worse than their own deaths and the destruction of all they know and love.

For five years, Charis has survived all the Church of God Awaiting and the corrupt men who control it have thrown at the island empire. The price has been high and paid in blood. Despite its chain of hard-fought naval victories, Charis is still on the defensive. It can hold its own at sea, but if it is to survive, it must defeat the Church upon its own ground. Yet how does it invade the mainland and take the war to a foe whose population outnumbers its own fifteen to one? How does it prevent that massive opponent from rebuilding its fleets and attacking yet again?

Charis has no answer to those questions, but needs to find one...quickly. The Inquisition's brutal torture and hideous executions are claiming more and more innocent lives. Its agents are fomenting rebellion against the only mainland realms sympathetic to Charis. Religious terrorists have been dispatched to wreak havoc against the Empire's subjects. Assassins stalk the Emperor and Empress, their allies and advisers, and an innocent young boy, not yet eleven years old, whose father has already been murdered. And Merlin Athrawes, the cybernetic avatar of a young woman a thousand years dead, has finally learned what sleeps beneath the far-off Temple in the Church of God Awaiting's city of Zion.

The men and women fighting for human freedom and tolerance have built a foundation for their struggle in the Empire of Charis with their own blood, but will that foundation be firm enough to survive?