Book of Five Rings, A 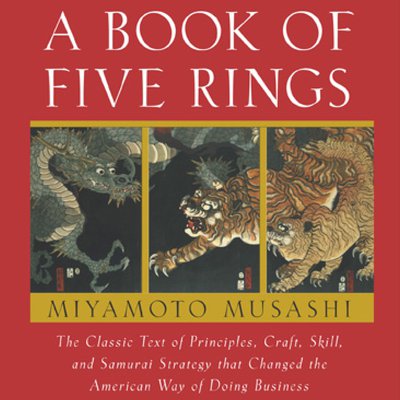 Book of Five Rings, A

Miyamoto Musashi was renowned in his own time as an invincible warrior, a master artisan, an author, and philosopher. Today, his philosophy is still revered by the Japanese and used as a guide for daily decision-making-and business strategy. He wrote A Book of Five Rings not only as a thesis on doing battle, but also as a way to approach and live all aspects of life-"any situation where plans and tactics are used." When A Book of Five Rings first appeared on North American bookshelves in 1974, its message took the business community by storm. It provided insight into the then-emerging Japanese influence and offered a new way to think about business. It instantly became a vital tool for assured success and has remained so ever since.The principles in this work are as true today as they were over 300 years ago, and are as valid for business negotiations as for hand-to-hand combat. Based in the principles of Zen and advocating a hands-on approach to mastering the skills for winning, A Book of Five Rings is very likely the most perceptive guide to strategy ever written.