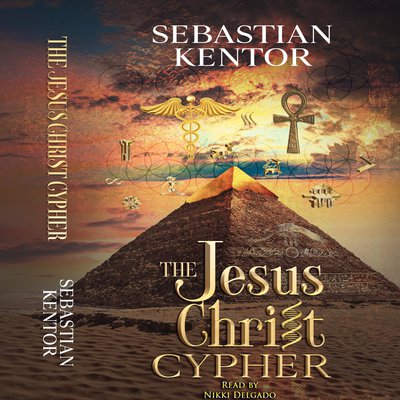 ?A Dan Brown genre riveting thriller which is part Da Vinci Code, part House of Cards.?
An ancient religious artifact can change humanity’s fate,..an incredible revelation beyond the veil of history.
When a top-ranking European Union official is brutally murdered, world-renowned geneticist Lydia del Biondo finds herself thrust into a bitter geopolitical and ideological war, one that has been raging covertly for millennia. Her journey will take you around the world in an immersive, unseen race against incredible enemies. Be prepared to be shocked by biblical revelations that will linger in your mind long after finishing her adventure.
A deadly coronavirus sweeps across the globe, rising tensions threaten to spill over and topple many of the world's superpowers. Not knowing whom to trust and with time running out, Lydia plunges headfirst into an ancient mystery revolving around the mythical ?Flower of Life? symbol that could hold the key to curing the disease-ravaged world.
Along the way, Lydia has to question her entire reality as nothing is what it seems. She will uncover artifacts and wisdom guarded by obscure powers who would even kill to keep them hidden. To unravel millennia-old mysteries and to save humanity from the brink of destruction, every ounce of Lydia's skill, wit, and bravery is put to the test...
If you love page-turning stories with action, Biblical mysteries, scientific facts revelations, and a race against time, then you don't want to miss The Jesus Christ Cypher.
? All the:
?artwork,
?scientific facts,
?historical places and figures described are real and based on evidence: ?The Knossos Palace was the most magnificent Minoan monument(Crete, Greece).
This audiobook is accompanied by a graphic brochure made of more than 50 pictures. For an augmented experience, you can access www.sebastiankentor.com/playlist to download it and listen to the songs adapted to each chapter for the thrilling adventure you are about to embark on.