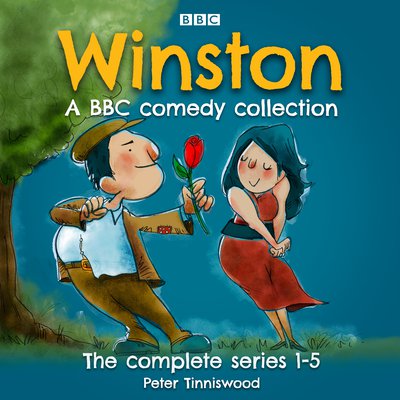 'Earthy, resilient, witty and bloody-minded ... nobody can write like Peter Tinniswood' The Times

When the middle-class Empsons move from London to picturesque Winterleaf Gunner, they find themselves totally unprepared for country life - and utterly reliant on Winston. Handyman, village poacher, scholar, gentleman romantic and out-and-out rogue, Winston transforms their lives, fixing up their dilapidated house, introducing them to the works of Kingsley Amis - and giving Nancy a lesson in love. So when his wife throws him out because of his infidelities, he invites himself to stay with the family. Spoiling them with his cordon bleu cuisine, he lulls them into a false sense of security - but he's got an ulterior motive: Nancy...

Series 1 sees him plotting to get rid of the other Empsons so he can have her all to himself... but his plans hit an unexpected snag. In Winston Comes to Town, Father's illness forces the family to return to London - only for Winston to stow away in a removal van and follow them. Winston in Love finds Nancy with a new boyfriend (Roland from the Ministry of Whatsisname), Winston hooking up with the woman from the fish shop, and Father announcing his engagement.

In Winston at Christmas, Nancy wants the family to enjoy a festive celebration together, but Winston has other ideas. Winston in Europe follows the Empsons to France, where Winston's talk of Baudelaire leaves Nancy feeling baffled, and Father sings the praises of Crewe toilets. And in Winston Back Home, the clan return to Winterleaf Gunner, where Winston is set to wed Nancy at last. But exactly how will they tie the knot?
Scripted by award-winning author Peter Tinniswood (Uncle Mort's North and South Country), this fantastic family sitcom brims with brilliantly funny dialogue and wonderful larger-than-life comic characters. Bill Wallis stars as Winston, alongside Maurice Denham, Shirley Dixon, Liz Goulding and Christian Rodska.