Mark of Odin: The Awakening 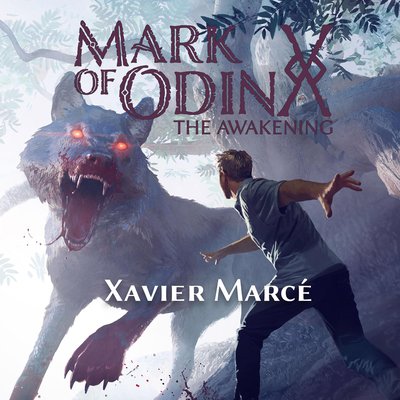 Mark of Odin: The Awakening

Narrated By: Brooke and Arthur

Mark of Odin: The Awakening is the first issue of the transmedia literary saga of Mark of Odin where Norse mythology meets modern warfare and science fiction in a way like you have never seen. Introduces a new literary model where you will be able to enjoy the fusion of a reading experience with the potential of an online platform with gamification features. All supported by a transmedia universe of extended content for all readers that want more once they finish the book.

After reaching thousands of readers in Spanish and becoming Xavier Marcé an award-winning Best Seller, now Mark of Odin saga’s first book is available in English as an audiobook. Are you ready to accept the challenge and awake to your real fate?

The year is 2012, Luis Oden is about to graduate as an Aerospace Engineer and he expects to be chosen to participate in the ambitious Project Hermes, to develop a new generation of space shuttles in the new European Aerospace Center of Seville, Spain. His life is seemingly perfect until he begins to suffer recurring nightmares where mighty beasts, that seem to come from the Norse mythology, assault and torture him urging him to wake up. But wake up to what?

Meanwhile, Jack Preston, a Lieutenant Colonel from the USAF and responsible for the tests of the X-56 Phoenix, a prototype of an orbital superiority combat jet fighter, is sent together with his crew to Seville to review the development of the Hermes program. There he will meet Luis when they are chosen to star the parachuting exhibition for the Columbus Day.

Both Luis and Preston ignore it, but a dark menace is coming and only their choices will be able to give a chance to humanity to survive.

Are you ready to join the #MarkedbyOdin?