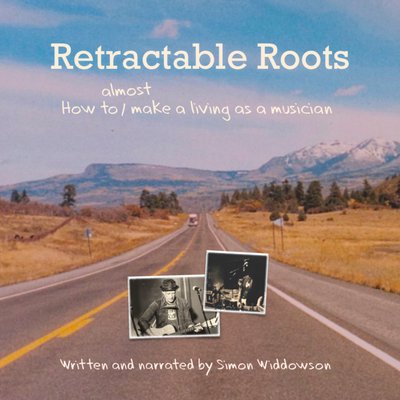 How to almost make a living as a musician

Retractable Roots is the biographical musical adventures of English musician Simon Widdowson. An entertaining story of a life spent making music and following the trail of opportunities and setbacks, jumping first and then hoping the net will appear. Featuring over 80 clips of his music that provide the soundtrack.

Widdowson isn’t just playing up to the troubadour existence, there’s a palpable restlessness to this guy and his songs that conveys the same spirit as Harry Dean Stanton's character in the film Paris Texas, that of a man who is still searching.

From Northern England to America and then Ireland and ultimately France, a life spent as a travelling musician playing over 200 concerts a year driving thousands of miles across the desert and running recording studios in Santa Fe New Mexico, Portland Oregon, Cork Ireland and Lyon France this is the story behind Widdowson's musical journey of the past 35 years.

"British transplant Simon Widdowson is a prolific, socially conscious songwriter who wears his heart on his sleeve and whose nimble phrasing recalls both Graham Parker and Van Morrison" Jim Walsh, Billboard Magazine