Gone to the Woods 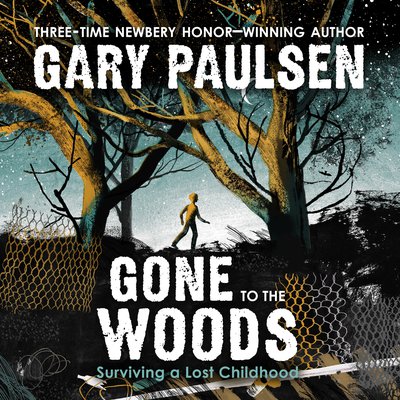 Gone to the Woods

A middle grade memoir from a living literary legend, giving listeners a new perspective on the origins of Gary Paulsen's famed survival stories.

His name is synonymous with high-stakes wilderness survival stories. Now, beloved author Gary Paulsen portrays a series of life-altering moments from his turbulent childhood as his own original survival story. If not for his summer escape from a shockingly neglectful Chicago upbringing to a North Woods homestead at age five, there never would have been a Hatchet. Without the encouragement of the librarian who handed him his first book at age thirteen, he may never have become a reader. And without his desperate teenage enlistment in the Army, he would not have discovered his true calling as a storyteller.

A moving and enthralling story of grit and growing up, Gone to the Woods is perfect for newcomers to the voice and lifelong fans alike, from the acclaimed author at his rawest and realest.