It's All Too Much 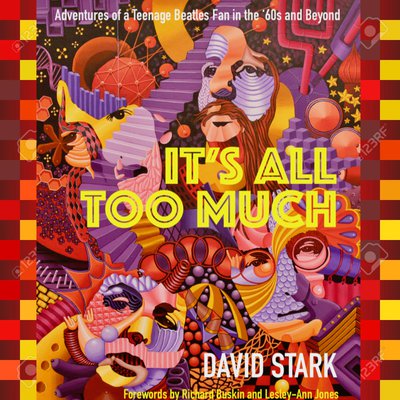 It's All Too Much

Adventures of a Teenage Beatles Fan in the '60s and Beyond

Publisher: This Day In Music Books

British music industry veteran David Stark grew up in north-west London during the 1960s as a dedicated Beatles fan, who was lucky enough to meet his musical heroes on various memorable occasions. From gatecrashing the Yellow Submarine film premiere in 1968 and sitting right behind them, to meeting the group individually in some extraordinary circumstances, he recalls his many Beatles encounters here for the first time. However, Stark’s stories don’t end with the ’60s, as he continued to encounter all the solo Beatles into the ’70s and beyond, culminating in 2006 with Sir Paul McCartney inducting him as a ‘Companion of LIPA’ for his work with songwriting students, which he still does. You’ll also learn about his career as record promoter; music trade editor and publisher; Blue Plaque initiator; and life-long drummer, among his many other achievements.

1) Two forewords, written and read by Richard Buskin and Lesley-Ann Jones, two close friends of Stark's who are both acclaimed best-selling authors in their own right:

2) Part of an exclusive interview with John Lennon's best friend and former member of The Quarrymen, Pete Shotton (1941-2017). In 1983 Stark spoke at length with Shotton, who is heard here for the first time in his own words. This includes him talking about his reaction to Lennon's murder in December 1980, and rushing to George Harrison's house in Henley-on-Thames that same morning.

3) Beatles tribute song 'Gold Songs' recorded by Fab Gear (vocals: Ben Champniss). Music & lyrics written by David Stark, who also plays drums on it and is co-producer. This special homage to The Beatles appears at the end of the audiobook, while a short section of the intro also opens it. (A video montage can also be found at YouTube).