Big John and the Island of Bones 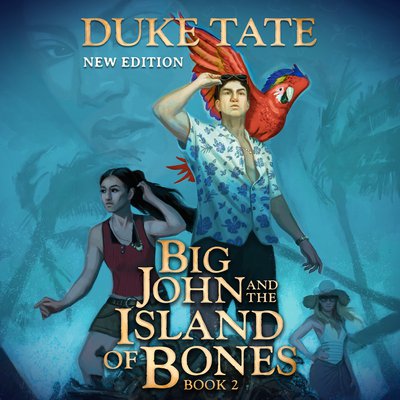 Big John and the Island of Bones

It’s October in the Florida keys, Fantasy Fest, the legendary Halloween carnival, is underway in Key West and Big John Hoover and his wife Angela have just moved to the artist enclave from Big Sur, California for John to pen a book.

John has traded his bad food addiction for a liberal island diet of Cuban coffee, rum and Cohiba Habanos cigars. Out of the blue, he gets attacked in his sleep by a shadow being and a ghost appears at their cottage, which sends John and Angela running to Miss Anne, the Voodoo Queen of Duval Street who gives them some poignant advice she sees in her cards.

No longer interested in John, Maggie May had a spiritual rebirth a few years back and now works at a psychic shop in Applebury, Vermont. She just so happens to fly down to Key West for a dose of sunshine, staying with her friend from Santa Monica High, Hank Judge, who is now a cop on the island.

Meanwhile, an old enemy of John's tries to send him to his grave and John must figure out how to protect himself before it's too late. Maggie and John run into each other by accident and everything is ghosts and phantoms for the group. Will they see the light before Halloween eve on the key that never sleeps?