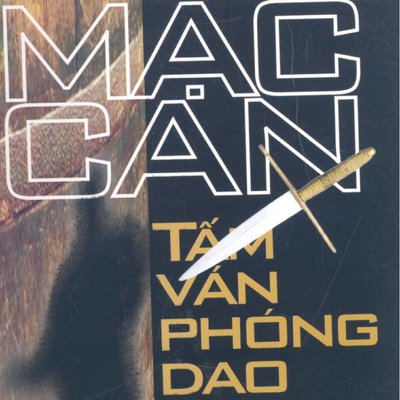 Written By: Mac Can

Mac Can's real name is Le Trung Can, born in 1945, from a poor family with many brothers. Each of his brothers each scene, struggling to earn a living by hundreds of jobs and everyone is poor. He is an Vietnamese artist and writer. He is well-known as a multi-talented artist, involved in many fields of arts activities such as comedy, film, magic performance and writing.

Mac Can, the artist of the circus theater and comedy, wrote and short stories. Now is the novel, “Tam Van Phong Dao”. Mac Can effectively uses cockroach tactics. Every event, every fluctuation of the outside life that has been reproduced directly is immediately pushed away, passed through the boy's filter, imprinted in it the graph lines tremble. The story of the time was just an excuse for the emotions of a person to flow out. The event at a moment is erased, making way for contemplations, vibrations, subtle emotions. Many pages have reached the rare level of the sadness and sadness of being a human being ... The novel won the A Prize in the novel competition of Vietnam Writers Association; Ho Chi Minh City Literature Award; Vietnam Entrepreneur Culture Award 2005.