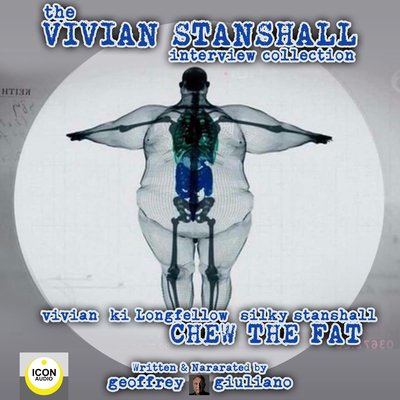 Vivian Stanshall was an English singer-songwriter, musician, author, poet and wit, best known for his work with the Bonzo Dog Doo-Dah Band, for his exploration of the British upper classes in Sir Henry at Rawlinson End, and for acting as Master of Ceremonies on Mike Oldfield's album Tubular Bells.

Ki Longfellow is an American novelist, playwright, theatrical producer, theater director and entrepreneur with dual citizenship in Britain. She is best known in the United States for her novel The Secret Magdalene. This is the first of her works exploring the divine feminin.

Silky Stanshall, the highly intelligent daughter of the great British musical and literary artist Vivian Stanshall, remembers life with her unarguably charmingly eccentric father and the turbulent yet touching times they had together. A must for all Bonzo Dog Band fans and followers of the great cultural legacy of the late great Vivian Stanshall.

Geoffrey Giuliano is the author of over thirty internationally bestselling biographies, including the London Sunday Times bestseller Blackbird: The Life and Times of Paul McCartney and Dark Horse: The Private Life of George Harrison. He can be heard on the Westwood One Radio Network and has written and produced over seven hundred original spoken-word albums and video documentaries on various aspects of popular culture. He is also a well known movie actor.