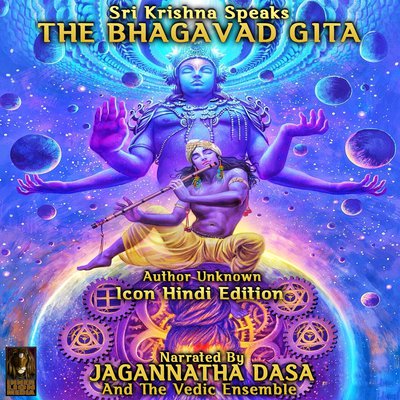 This Hindi language edition of the Bhagavad Gita is a talk between prince Arjuna and his and charioteer Krishna. At the start of a war between the Pandavas and Kauravas, Arjuna is filled with great despair about the violence the war will cause in the battle against his own kin. He wonders if he should renounce and seeks Krishna's counsel, whose answers constitute the Gita.

Krishna counsels Arjuna to "fulfill his duty to uphold the Dharma" through "selfless action".The Krishna–Arjuna dialogues cover a broad range of spiritual topics, touching upon philosophical issues that go far beyond the war

According to some, Bhagavad Gita was written by Lord Ganesha which was told to him by Vyasa.