Icon New Yoga Series, The: The Divine Essence Of The Song Of God 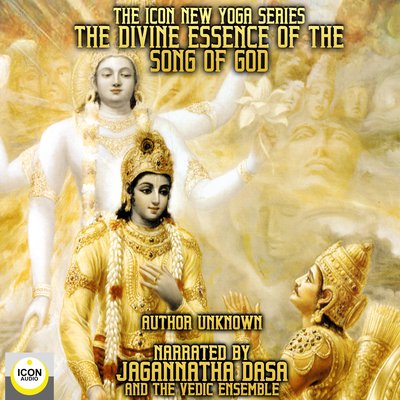 Icon New Yoga Series, The: The Divine Essence Of The Song Of God

The Gita is talk between prince Arjuna and his and charioteer Krishna. At the start of the Dharma Yudhha (righteous war) between the Pandavas and Kauravas, Arjuna is filled with great moral dilemma and despair about the violence and death the war will cause in the battle against his own kin. He wonders if he should renounce and seeks Krishna's counsel, whose answers constitute the Bhagavad Gita.

Krishna counsels Arjuna to "fulfill his Kshatriya (warrior) duty to uphold the Dharma" through "selfless action".The Krishna–Arjuna dialogues cover a broad range of spiritual topics, touching upon ethical dilemmas and philosophical issues that go far beyond the war Arjuna faces.

According to some, Bhagavad Gita is written by Lord Ganesha which was told to him by Vyasa. The setting of the Gita in a great battlefield.

The Bhagavad Gita presents a synthesis of deas about dharma, theistic bhakti, and the yogic ideals of moksha.The text covers jnana, bhakti, karma, and Raja Yoga.

The Gita's call for selfless action inspired many leaders of the Indian independence movement including Mahatma Gandhi; the latter whom referred to it as his "spiritual dictionary

Jagannatha Dasa is the author of over thirty internationally bestselling biographies, including the London Sunday Times bestseller Blackbird: The Life and Times of Paul McCartney and Dark Horse: The Private Life of George Harrison. He can be heard on the Westwood One Radio Network and has written and produced over seven hundred original spoken-word albums and video documentaries on various aspects of popular culture. He is also a well known movie actor.