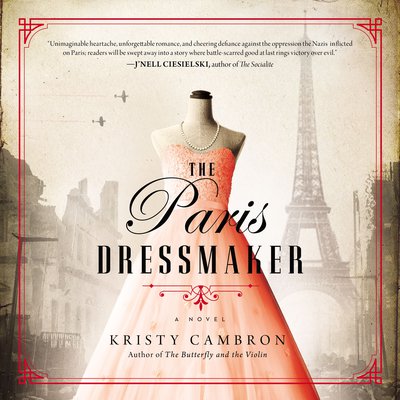 World-famous Maison Chanel has closed its doors, and seamstress Lila de Laurent is one of thousands of Paris fashion workers left jobless as couture houses buckle under the weight of impending war. The sole provider for aging parents and one of millions fearing the Nazi regime, Lila makes the fateful decision to remain in the city.

As Nazi soldiers invade the streets, the city of lights slips into dark desperation. Yet in hidden corners, the women who call themselves Les Parisiennes defy Hitler the only way they know how—with fashion.

By 1944 Sandrine Paquet is intent on surviving the Nazi occupation. Under close watch of the Vichy government, she is forced to use her position as a storehouse secretary to aid the crumbling Nazi regime in the theft of priceless works of art in exchange for information—anything that might tell the fate of her husband who went missing in the first dark days of war. But when a mysterious crate arrives at the Jeu de Paume from a woman who vanished within the Paris fashion elite years before, Sandrine is drawn into a web of deceit that will test her convictions and reveal the lengths to which she’ll go to remain loyal to those she loves.

From fashion to desperation and haute couture to the perils of humanity, The Paris Dressmaker weaves a story of two worlds colliding years apart—where satin and lace stand between life and death in the brutal underbelly of a war-torn world.