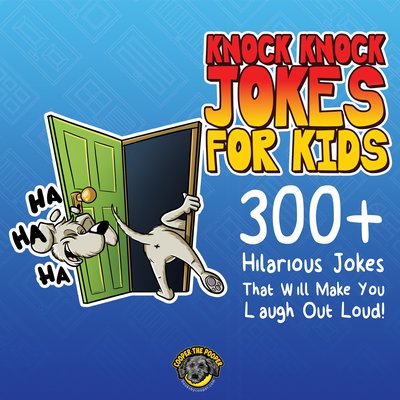 300+ Sidesplitting Jokes That Will Make You Laugh Out Loud!

Written By: Cooper The Pooper

Want to get your kids off their screens and interacting with the family? Or do you just want to have a laugh with your kids?

Well, I would argue that knock-knock jokes are the perfect answer.

But mine on the other hand… well, they are hilarious.

This book of Knock-knock jokes for kids contains over 300 hilarious kid friendly jokes that will have the entire family laughing out loud. They will have you scratching your head in wonder, slapping your knees in frustration, and then gasping for air in giggles.

Honestly, if you are after a laugh, then look no further.

In this book, you will find:

Seriously, if you are after some great jokes that you can share with your entire family, then look no further!