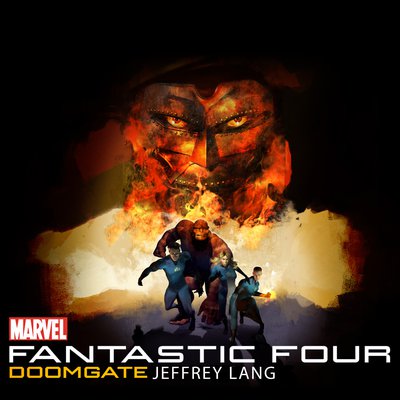 Deep beneath the Empire State University library, a frustrated student finds the lost legacy of ESU's most infamous alumnus. Victor Von Doom's lab notebooks—instructions for how to build a machine that can pierce the veil between Earth and the netherworld—have fallen into the wrong hands. A gate is opened where none should exist, and someone—or something—has invaded our world.The Fantastic Four would be the team to face such a threat...if they could reach one another. Force shields erected around Manhattan by the over-anxious agents of S.H.I.E.L.D. have trapped Reed Richards, Sue Richards, Ben Grimm, and Johnny Storm. All are in danger of succumbing to the pernicious effects of the energies emanating from the dark dimension, forcing the F.F. to seek aid from their greatest enemy, whose nefariously brilliant mind first conceived the Doomgate.