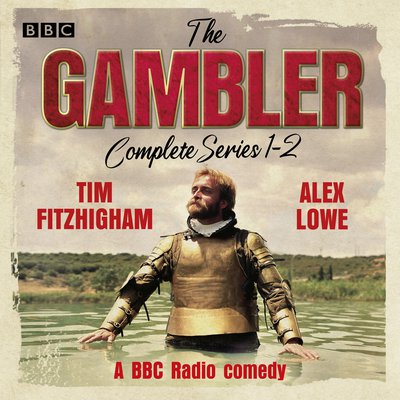 Award winning comedian-author-adventurer, Tim FitzHigham and his nemesis Alex Horne embark on recreating bizarre and amusing bets from the 18th and 19th century in this engaging radio series.

Award-winning comedian Tim FitzHigham has a history of performing eccentric, record-breaking feats, including rowing across the Channel in a Victorian bathtub and blowing up the world's largest human-inflated balloon (he passed out twice during the attempt). Now, in this BBC Radio 4 series - based on his hugely successful 2011 Edinburgh Fringe show - he takes on some of the greatest (and oddest) bets in history, as he seeks to win a series of wacky wagers placed by Georgian and Victorian gamblers.

In these nine episodes, he attempts to make a woollen coat from scratch - going from the sheep's back to his own back in a single day, tries to toss a cheeseboard over 4½ miles in under 100 throws, strives to outrun a racehorse in a 100-yard dash and endeavours to travel 25mph on water utilising only the methods existing in 1765.

Tim also sets out to navigate central London blindfolded, bets that his pig can go over a bridge faster than a rower can scull across the river beneath it; and finds out if it's possible to cook a pudding ten feet underwater. In addition, accompanied by his nemesis Alex Horne, he recreates two legendary bets involving sending a missive 50 miles in an hour (using only the means available to a gentleman in 1753), and riding a horse from London to Dover and back before Alex can make a million dots on a piece of paper...