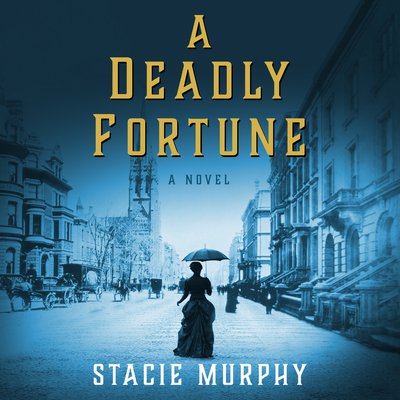 Amelia Matthew has done the all-but-impossible, especially for an orphan in Gilded Age New York City. Along with her foster brother Jonas, she has parlayed her modest psychic talent into a safe and comfortable life. But safety and comfort vanish when a head injury leaves her with a dramatically-expanded gift. After she publicly channels an angry spirit, she finds herself imprisoned in the notorious insane asylum on Blackwell’s Island. As Jonas searches for a way to free her, Amelia struggles to control her disturbing new abilities and survive a place where cruelty and despair threaten her sanity.Andrew Cavanaugh is familiar with despair. In the wake of a devastating loss, he abandons a promising medical career—and his place in Philadelphia society—to devote himself to the study and treatment of mental disease. Miss Amelia Matthew is just another patient—until she channels a spirit in front of him and proves her gift is real.When a distraught mother comes to Andrew searching for her missing daughter—a daughter she believes is being hidden at the asylum—he turns to Amelia. Together, they uncover evidence of a deadly conspiracy, and then it’s no longer just Amelia’s sanity and freedom at stake. Amelia must master her gift and use it to catch a killer—or risk becoming the next victim.