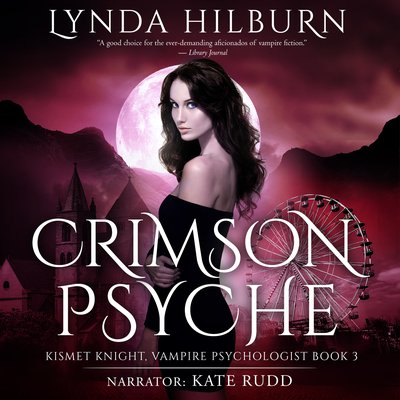 Denver Psychologist Kismet Knight counsels vampires. Her life changed forever when she discovered a preternatural underworld and became involved with gorgeous eight-centuries-old Devereux, the powerful leader of a vampire coven.

Still adjusting to her new role as an expert on all things paranormal – as well as her unexpected notoriety and new clientele – Kismet schedules what she believes is simply another radio interview. She couldn’t be more mistaken. Not only does the radio host behave very strangely, but an ominous on-air call from day-walking vampire Lyren Hallow turns Kismet’s world upside-down – again.

Shortly thereafter Maxie Westhaven, a tabloid newspaper reporter in search of a juicy story, befriends Kismet, leading her into a bizarre world of role players, lost souls, and death, while events conspire to cause Victoria Essex, Devereux’s building manager and resident witch, to disclose a startling secret of her own.