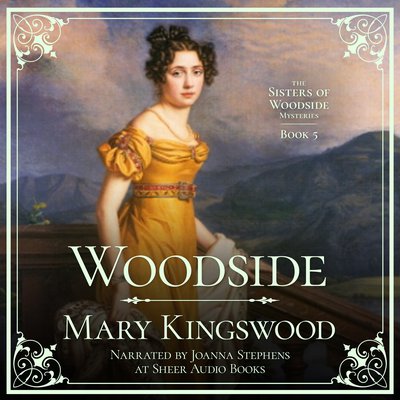 Series: The Sisters of Woodside Mysteries #5

The dramatic conclusion to the series!

Ten years have passed since the last of the sisters of Woodside found happiness. Their grief for their young brother, Jeremy, tragically drowned at the age of twelve, has faded. The sadness of losing their home, Woodside, to strangers is but a memory. They no longer wonder just what became of their mother’s fabulous jewels, which should have guaranteed their dowries. They are looking forwards, not back into the past.

But the past is not always willing to be left behind. In the industrial north of England, a young man can only step into his own future if he revisits the past. And so he begins a journey that will change everything the sisters thought they knew, and reveal the darkest secrets of the Winterton family of Woodside.

The final book of the Sisters of Woodside Mysteries series. This is a complete story with a HEA, but is best read after the earlier books. A traditional Regency romance, drawing room rather than bedroom.