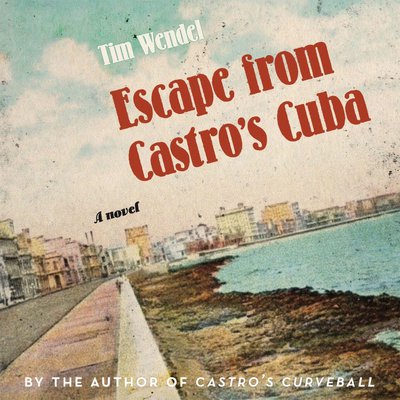 In this visionary sequel to Castro’s Curveball, the former Washington Senators Minor League catcher has returned to Havana with a small role in a movie being filmed on location. Billy Bryan soon realizes that this place and his past remain as star-crossed as when he played winter ball in the Cuban capital decades before.

Against his better judgment, Billy becomes entangled in a scheme to spirit a top baseball prospect off the island. This pits him against his old friend Fidel Castro. Despite being in his final days, the dictator remains a dangerous adversary, as does the Cuban sports machine and the Mexican crime syndicates that now direct baseball talent toward the U.S. Major Leagues.

In Escape from Castro’s Cuba, Billy must once again navigate the crosscurrents of the so-called City of Columns: a place where the sunsets from the Hotel Nacional along the Malecón breakwater are as beautiful as ever, but where the alleyways in Old Havana still fan out, crooked and broken, like an old catcher’s fingers.