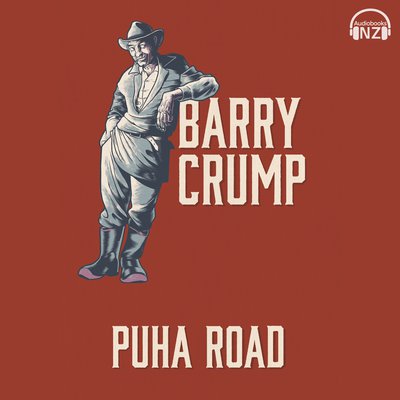 Puha Road
Barry Crump was one of New Zealand’s most popular authors of all time. From A Good Keen Man in 1960 through to his death in 1996, over a million copies of the 24 books he wrote were sold. He was a superb storyteller, who captured perfectly the laconic humour and the lifestyle of the rugged Kiwi outdoors man. His ability to craft a tale that is both moving and funny is superbly illustrated by the huge international success of the movie Hunt for the Wilderpeople, which is based on his book Wild Pork and Watercress.
Almost all of Barry Crump’s books are now out of print. A new volume of collected stories published in 2017 remedied that. And the five classic yarns comprising that volume are available in ebook form as separate titles – A Good Keen Man, Bullock Creek, Gold and Greenstone, Puha Road, and Wild Pork and Watercress.

About Puha Road:
If the handle of spade was going to break; if the tree was going to come back down across the car; if they were going to close just before you got there; if the tractor was going to back through the fence into the boss’s wife’s ornamental goldfish-pond; if the paint was going to get split on the poodle – it always had to happen when Muxy was around. In fact it’s hard to imagine how this Muxy could ever be even remotely successful at anything – but his good luck is as devastating as the bad, and with this intriguing brew Crump takes his latest characters on a search for employment that takes them to the bottom of the barrel, to the top of the heap, and on to an unexpectedly touching ending at Puha Road.
Although Puha Road diverts from Crump’s usual subject matter, it is written in the same vivid, entertaining style that distinguishes his writing, and which has been enjoyed by hundreds of thousands of readers, both here and abroad.