Grand Life, The: Confessions of an Old School Hotelier in the Digital Age 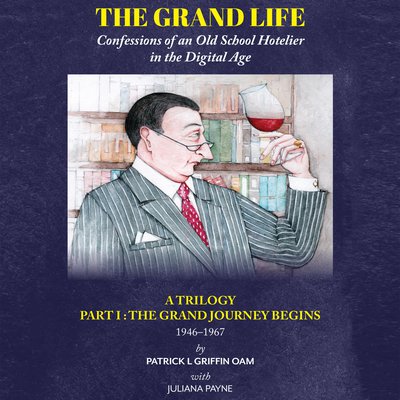 Grand Life, The: Confessions of an Old School Hotelier in the Digital Age

A funny, moving and heartfelt memoir of social upheaval from postwar Britain to the digital age.

Patrick Langley Griffin OAM grew up in the post war years of a gloomy Britain in the 40s and 50s and his career spanned fifty years as a hotelier in Grand hotels across the UK, Europe and Australia. His memoir is filled with characters famous, infamous and hitherto unknown. From his first star encounter with Charlie Chaplin, the memoir is overflowing with tales of film stars, rock legends, celebrities, Heads of State and politicians, as well as the British Royal Family. No less enjoyable are the tales of ordinary folk, just as full of laughs, tears and crazy behaviour. The memoir has great humour, candour and genuine empathy for the common humanity that binds us all.

Born in Rugby, England in 1946, his early youth was spent in Swanage, Dorset, where the family had moved to escape the German bombing while their father served in the RAF. Although not academically inclined, his charm, wit and unfailing ability to make lemonade when he was given lemons ensure his childhood and public school years are filled with adventures and hilarious mishaps.

His career started in 1963 as a trainee manager at The Grand Hotel in Eastbourne, a very traditional Victorian-era five-star hotel, where he found his passion for hospitality. Half a century of social and political change comes to life, from post-war austerity and bureaucracy through the Swinging 60s and the ‘Summer of Love’ in Amsterdam, to England’s industrial upheaval and ‘Winter of Discontent’ of the 70s. He moved to Australia at the dawn of a new century to open two new upscale hotels, and survived and thrived in the global financial crisis that shook the world.