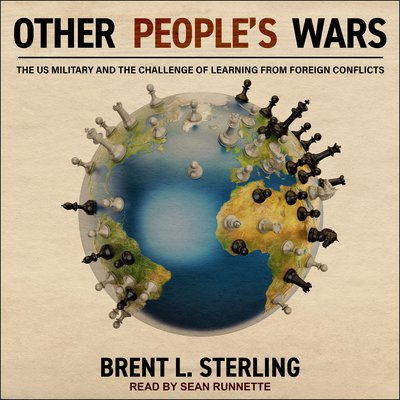 The US Military and the Challenge of Learning from Foreign Conflicts

Preparing for the next war at an unknown date against an undetermined opponent is a difficult undertaking with extremely high stakes. Thus, outside of their own combat, militaries have studied foreign wars as a valuable source of battlefield information. The effectiveness of this learning process, however, has rarely been evaluated across different periods and contexts.

Through a series of in-depth case studies of the US Army, Navy, and Air Force, Brent L. Sterling creates a better understanding of the dynamics of learning from "other people's wars," determining what types of knowledge can be gained from foreign wars, identifying common pitfalls, and proposing solutions to maximize the benefits for doctrine, organization, training, and equipment.

Other People's Wars explores major US efforts involving direct observation missions and post-conflict investigations at key junctures for the US armed forces: the Crimean War (1854-56), Russo-Japanese War (1904-5), Spanish Civil War (1936-39), and Yom Kippur War (1973), which preceded the US Civil War, First and Second World Wars, and major army and air force reforms of the 1970s, respectively. The case studies identify learning pitfalls but also show that initiatives to learn from other nations' wars can yield significant benefits if the right conditions are met.