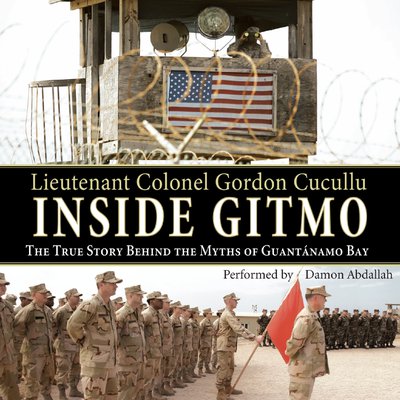 The True Story Behind the Myths of Guantanamo Bay

We have repeatedly been told that the US detention center at Guantanamo Bay - known to the public as Gitmo - is a scene of medieval horrors where innocent farmers and goatherds swept up in Afghanistan and Iraq have been sequestered, tortured and abused for years on end without access to legal counsel or basic medical services. Gordon Cucullu, a retired Army Colonel, was so appalled by these reports that he decided to make a series of visits to Gitmo to see for himself. He visited every corner of the camp and interviewed dozens of personnel from guards and interrogators to cooks and nurses. The resulting book is a clear and careful description of a well-run military installation displaying a high degree of commitment and professionalism at every level. While it is undoubtedly the case that some prisoners were treated harshly in the early days, when the hastily built camp was flooded with battlefield captures and fears ran high of another 9/11-style attack, Cucullu believes that these excesses were quickly corrected and treatment and oversight routines instituted that exceed the standards of any maximum-security prison in the world. Far from the bucket of blood we have been led to expect, Gitmo is an installation of which Americans deserve to be proud.