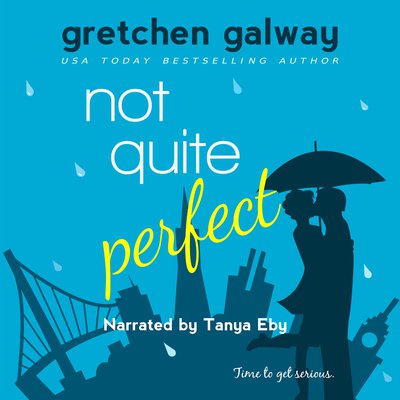 Serial temp worker April Johnson is nothing like her wildly successful brothers. She doesn't have an Olympic gold medal. She doesn't have millions in the bank from a tech company she founded as a teenager. She doesn't even have a place to live, not since her boyfriend sneaked off in the middle of the night-skipping out on the rent, his three-legged dog, and her. Now forced to move back home with her mother and grovel for a job from one of her brothers, April decides it's past time she got serious about her life.

Zack Fain, on the other hand, has been too serious for years. After losing his wife to cancer at the age of twenty-six, he's done nothing but work on his consulting business. But when he meets April at a new job, he forgets he's a humorless suit who never gets emotionally involved. She makes him laugh, she turns him on, and he begins to wonder if it's time he broke a few rules.

Although April refuses to get stuck in yet another dead-end relationship, Zack isn't like any of the guys she's dated before. This could be the real deal. This could be serious. But is either one of them ready for the kind of serious that lasts a lifetime?

NOTE: Although this is part of the Oakland Hills series, it can be enjoyed as a standalone story -- you don't have to read the others to enjoy this one.