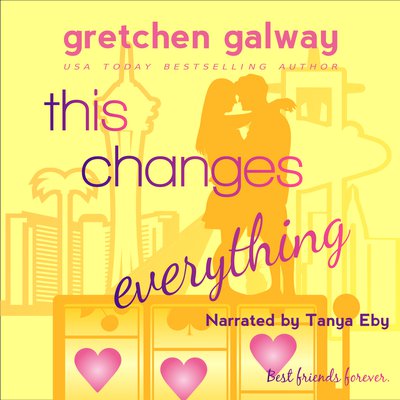 There's more than one way to ruin a beautiful friendship.

Tech entrepreneur Sly has a portfolio of lucrative San Francisco Bay Area start-ups, but while his financial options are unlimited, his romantic options are anything but. Bored with the same old, same old, he finds himself spending more and more time with Cleo, his former piano teacher and current pizza-eating, binge-TV-watching partner.

Already divorced at only 29, Cleo's not looking for love—certainly not with a gorgeous workaholic who usually dates high-powered, MBA-toting supermodels. Although, come to think of it, Sly hasn't dated anyone in a long time. And Cleo isn't the only one to notice he seems lonely....

An unexpected weekend trip to Las Vegas forces Cleo to confront her past while Sly slams into his own demons and realizes he's his own worst enemy. What happens when they cross the line? And then move it, jump over it, trample it, zigzag across it, and forget where the line was in the first place?