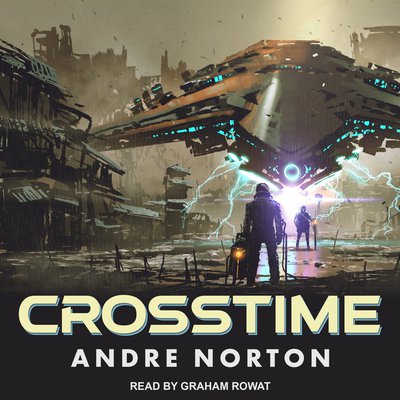 A DESPERATE SEACH ACROSS PARALLEL WORLDS

An orphan, Blake Walker has never really known who he was, and his strange flashes of intuition have always set him apart from those who raised him and everyone else he has known. Acting on one of those flashes, he prevented a murder. But neither the assailant nor his intended victim were from the world Walker had always known—he had stumbled onto the greatest secret of the ages.

Our Earth is only one of an infinite number of Earths, each with a slightly different history from the others, each separated from the others in a crosstime dimension. Walker was drafted into a frantic search for a madman from an advanced Earth who desires to be an absolute ruler of men. The would-be tyrant has chosen our Earth as the place where his reign will begin.

And, if the powerful technology he controls does not give him complete control of the planet, he will not hesitate to destroy it utterly . . .