Jacksonville and the Roots of Southern Rock 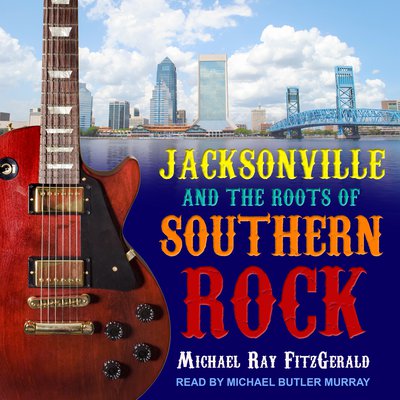 Jacksonville and the Roots of Southern Rock

The enduring achievement and legacy of a rock movement

The Allman Brothers Band and Lynyrd Skynyrd helped usher in a new kind of southern music from Jacksonville, Florida. Together, they and fellow bands like Blackfoot, 38 Special, and Molly Hatchet would reset the course of seventies rock. Yet Jacksonville seemed an unlikely hotbed for a new musical movement.

Michael FitzGerald blends eyewitness detail with in-depth history to tell the story of how the River City bred this generation of legendary musicians. As he profiles essential bands alongside forerunners like Gram Parsons and Cowboy, FitzGerald reveals how the powerful local AM radio station worked with newspapers and television stations to nurture talent. Media attention in turn created a public hungry for live performances by area bands. What became the southern rock elite welded relentless determination to a ferocious work ethic, honing their gifts on a testing ground that brooked no weakness and took no prisoners.

FitzGerald looks at the music as the diverse soundtrack to a neo-southern lifestyle that reconciled different segments of society in Jacksonville, and across the nation, in the late sixties and early seventies.