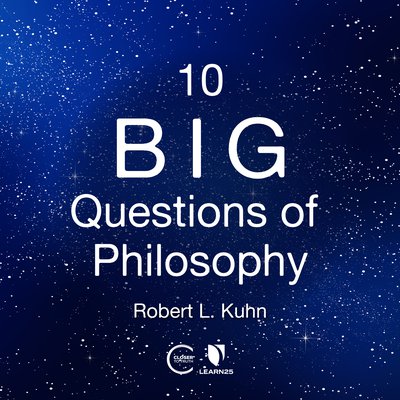 Join National Humanities Medal recipient Rebecca Newberger Goldstein and a host of other brilliant minds as they seek to answer ten perennially mystifying questions of philosophy.

What is truth? As humans, how can we know what is real? How can the philosophies of science, cosmology, and biology help us understand the mysteries of our existence? In this compelling audio series, Dr. Robert Lawrence Kuhn, creator and host of the hit PBS series Closer to Truth, probes the nature of truth and other heady philosophical questions in intimate conversations with 13 of the world’s greatest thinkers.

Kuhn’s respondents include novelist and philosophy professor Rebecca Newberger Goldstein, recipient of the National Humanities Medal and author of Plato at the Googleplex: Why Philosophy Won't Go Away; John Cardinal O’Hara Professor of Philosophy at the University of Notre Dame Peter van Inwagen, celebrated for his many contributions to contemporary metaphysics; and professor of philosophy at Australian Catholic University and the University of Southern California John Hawthorne, author of the acclaimed collection Metaphysical Essays.

Kuhn’s intellect and down-to-earth approach to understanding the complexity of the human condition make him an exceptionally gifted interviewer. As you gaze into the cosmos with Kuhn and his interlocutors, you’ll find your own philosophical curiosity awakened.