Thomas Merton on Marxism: The Spiritual and Secular Worlds 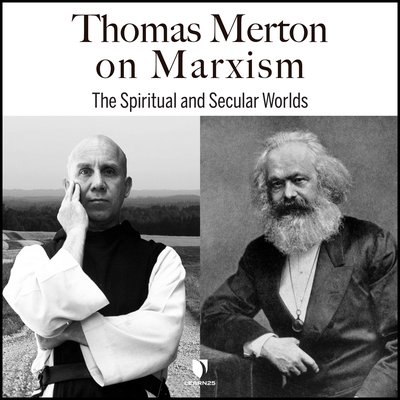 Thomas Merton on Marxism: The Spiritual and Secular Worlds

From the best-selling author of The Seven Storey Mountain, profound listening for Christians, Catholics, and all wisdom seekers.

Christian theology may not believe in Marxism, and Marxism may think that God is dead, but the two ideologies still have much to say to one another. Thomas Merton, one of the world’s greatest modern Christian intellectuals, was fascinated by the dialogue between Marxists and Christians. Now, by listening to these nine masterful talks, which Merton delivered to the novices at the Abbey of Gethsemani in 1965 and 1966, you can join in these conversations.

Among the compelling issues Merton considers are the technological revolution; Hromadka, the Christian theologian who argued for dialogue between Christians and Marxists; Church decrees on Marxism, and Hegel’s criticism of the interiority that is central to faith.

These expertly remastered lectures are part of the archive of nearly 1,000 talks that Merton gave at Gethsemani and throughout the world. Recorded during the last six years of his life, they capture Merton at the height of his wisdom.