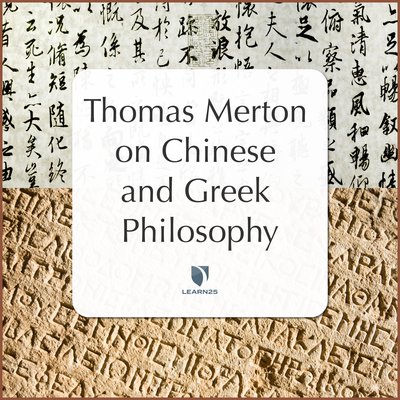 From the best-selling author of The Seven Storey Mountain, essential listening for Christians, Catholics, and all wisdom seekers.

A leading Christian intellectual and a global citizen, Thomas Merton was known for his mission to understand and learn from other cultures’ worldviews and philosophies. Now, as you listen to these nine captivating talks on Chinese and Greek philosophy, your own interest in these ancient schools of thought, Eastern and Western, will be ignited.

Merton delivered these erudite yet down-to-earth lectures to the novices at the Abbey of Gethsemani. Through these expertly remastered audio tracks, you can join his classroom, learning about Chinese and Greek philosophy both individually and in intersection.

Merton addresses Greek tragedy and Chinese thought at length, as well as the Chinese symbol Chung and Chinese landscape painting.

These lectures are part of the archive of nearly 1,000 talks that Merton gave at Gethsemani and throughout the world. Recorded during the last six years of his life, they capture Merton at the height of his wisdom.